I ASKED a friend from Indiana, America, if she could interview me while I was affected by a bottle of red wine. Michaela was happy to oblige so last night we talked about the differences between America and Australia, life in Peru, the housemates, and what it’s like being a journalist.

I’m quite ashamed about some parts. Warning: bullshit overload.

M: Okay. This would be a lot easier if the interviewer was drunk too.

I tell myself that every day when I’m at work.

M: Let’s talk about your job then. Why did you want to become a journalist?

There was a girl I liked in high school and we were English rivals trying to compete with each other. She became a journalist but that’s not really why I ended up becoming a journalist. It was a coincidence.

In Year 6 my English teacher was a very irate Irishman where his manner of teaching was yelling at everyone. He was a substitute teacher. Our actual Year 6 teacher got cancer so she had to take the rest of the year off, so this Irishman took us.

And during his many rants he said ‘you guys should be a journalist because my son or cousin or whatever, he does journalism and he makes $100,000 Aus a year’, which is a lot of money, and very high up in the food chain, but it planted a seed.

With that girl ending up being a journalist, when I was floating and drifting in a Bachelor of Arts, journalism just seemed to fit me. And it took a couple of years of being a journalist before I went ‘yeah, this is me’.

When I was living in a small town it stokes your ego a lot. It does. Because you’re living in a small town, a lot of people know your face and they need you to a point. You are a necessity in a way because you carry their message on to a lot of people. It does make a difference in people’s lives sometimes. When people in the community read stuff in the newspaper it becomes real to them. So ….it makes a difference in people’s lives. I don’t know if that makes sense.

But that’s the worst part as well because you’re that intermediate aspect, you’re the translator. Sometimes it’s good things but sometimes it’s bad things as well. You’re translating the emotions as well. And if you absorb emotion it can be a hellish thing.

If it’s a good emotion, which it rarely is, that’s nice, but if the person you’re translating from to the whole community is feeling pain, misery, loss, especially loss from death, you’re absorbing that entire emotion and carrying it onto the rest of the community. If the community doesn’t understand that emotion, you didn’t absorb that either.

I love my job. Well, I loved the job  I used to have. It made me feel important. It made me feel good about what I did. But that’s another bad thing about the job, it didn’t leave much room for anything else.

M: Stereotypes now, if we wanted to switch to a lighter topic. I feel the majority of  Americans think Australians are arseholes.

M: We make fun of your accents.

Australians have this weird perception everyone in the world loves them. When you travel the world a bit you realise that’s bullshit. It’s funny though, because we think Americans are arseholes too, but lazy minded arseholes. I know that sounds disrespectful….

M: I literally never thought about it like that, but it makes sense.

It’s horrible to hear. But he’s the stereotype of Americans.

M: Like racist? Sort of full of themselves? Okay.

I shouldn’t nod, it doesn’t match the recording, but yes.

It’s not a nice thing though.

But bearing in mind I’ve never been to America in my life.

M: And I’ve never been to Australia, so.

We’re arseholes, why would you come to Australia?

M: You were talking about Gossip Girl. I feel like Hollywood kind of makes a little bit of a fake image of America. Everything you see on TV, it’s not really that dramatic. I don’t know how to explain it.

With something like Gossip Girl you have an hour segment to create as much drama as you can. The problem is the real world doesn’t work like that. You’re trying to condense everything into as much as you can, and the problem is with something like Gossip Girl you’re talking about the one per cent privileged, the children of the wealthy-wealthy which is everything I’d like to think Australians are dead set against. I’d like to think so. We like to pretty much give the finger to anyone in that one per cent. I’d like to think that.

M: You all see people as equals?

I don’t know what it’s like in America, but if you’re the only one that takes a taxi , your instinct is to take the passenger seat in the front. Is that anything like in America? You wouldn’t take the back if you can help it if you’re on your own. And you try to have a conversation with them, ‘how is your day going?’ because that driver is as equal as you are.

M: Okay, I think that’s a bit different in the US. I feel people take the back seat because they don’t want the conversation.

Where in Australia I feel obligated to take the front seat so we can have a conversation.

M: Is it the thing again where Australians are more friendly, more outgoing maybe?

I don’t know if we’re outgoing as such. It’s just nobody is better than anybody else. I’d like to think that. This might be a journalist speaking, but I’d like to think I can step into a room with the Prime Minister (Malcolm Turnbull. And sober-Chris while editing this has to admit I’m full of shit.) and have a genuine, down to earth conversation with him. Could you say the same thing about President Trump?

M: Absolutely not…So tell me about this legendary Australian animal, the Wazzaberry.

The Wazzabarry? I told a couple of South Africans about that ….I told them about the Wazzabarry because, I don’t know, I just wanted to brag about Australian bullshit.

M: If you told me a story about an animal like that I probably would believe you.

The Wazzabarry is essentially a creature of the desert that comes out when it rains. It’s kind of like the bilby. And it’s a very carnivorous beast. It’s one of nature’s miracles. Imagine it’s all foggy, misty, nighttime in the desert and there’s nobody around. It’s very beautiful. It’s like the great northern lights in its way, because the Wazzabarry has silk worms up its butt and it shines this bright light, it’s a mating call, and there’s a bunch of them that comes out every couple of years, and it’s beautiful, you know. I’ve seen it once.

It just makes you cry because of the lights that just shines out of its arsehole. It’s silkworms, or something. It’s like a mating call, like ‘take me,  I’m yours.’ You know? Very unknown creature.

You Americans have to come to Australia some time to see something like that. It changes your life once you see it. Like, no going back.

We have the drop bear and that’s a well known creature.

Many Americans have died. It’s a travesty. We don’t really need to remind ourselves of that. It’s terrible.

M: Do they only attack Americans?

Yeah, they are pretty racist.

M: What do you think of Peru so far?

It’s brought out my demons.

There’s aspects of it that really tires and exhausts me, and I think I’m at the point where I’m trying to acclimatise and cling to the things that are Australian. I cling to Australian food and Australian experiences like certain shows on Netflix. And it exhausts me in a way. A week ago I really wanted to go back, and it’s the wrong feeling really.  I’m a writer so it makes sense to stick to the experiences here.

Sometimes you go to a restaurant and get a really delicious meal for a cheap price, and you think ‘I’m in Peru.’ You walk down the street and for one moment you gaze at a girl on the street. She has the most beautiful eyes, she wears the most beautiful dress, and for one single moment you lock eyes with her and you both smile. You don’t know each other’s languages but you walk past each other. You’re in Peru.

The gender can translate there.

M: Are you happy with your housemates?

In terms of what do I think of Amy and Nicola and Adriaan and guest appearance Michaela? Um…they teach me a lot without having to do too much to do so. They have their own perspective having lived in their own countries, each own challenges me in their own way, while I still feel comfortable in my own place.

I hope I didn’t sound too much like an arsehole, but if I did it’s still me anyway. 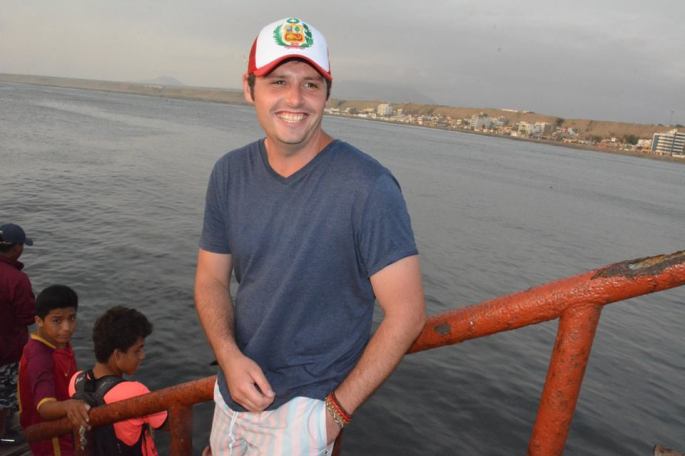 For a while now I have wanted to interview my South African mate Lutie while he was drunk for this blog, just to give you an idea of some of the conversations my friends and I have. Since he’s leaving for Spain (or China) soon instead of sticking with Peru, I figured Thursday night was the best time to ask him a few questions.

So here you go:

Lutie: This is an interview with myself. It is like the best interview ever because I’m awesome, so it’s quite fun.

So what are your plans for tonight? I will hopefully go out and hopefully get a girl or some love or anything or probably just get a headache tomorrow, and you? Sounds like my life every day. Oh well, we should go hang out some time. I do that quite often.

Burnzy: I can’t believe I got paid in 8100 rand (South African currency) a week for this shit.

Nicola: Why are you talking about Rand? (Given that Burnzy is Australian).

(Note: Burnzy wanted to sound impressive bragging about his salary if he was paid in Rand).

Burnzy: Why would you go to China?

Nicola: How does a train go?

Lutie: Bvvvd, and you’re there and it’s like a bullet train. And then I have learned Hola and Gracias and Ciao and Hasta La Vista, Baby.

Lutie: Yeah, and I did it in a second and I just traveled 130 kilometres. Like, why wouldn’t you? Life is good.

Nicola: Life is good if we’re all together.

Lutie: That is not right.

Burnzy: How have you found the Peru adventures so far?

Lutie: Peru is awesome. I really liked it. How did you find it?

Lutie: No, Peru was awesome. I took a swim in this amazing ocean and 10 condoms hit my head and they were knotted so you know they were used so kudos to those lucky guys. They don’t want those juices to make the ocean saltier. 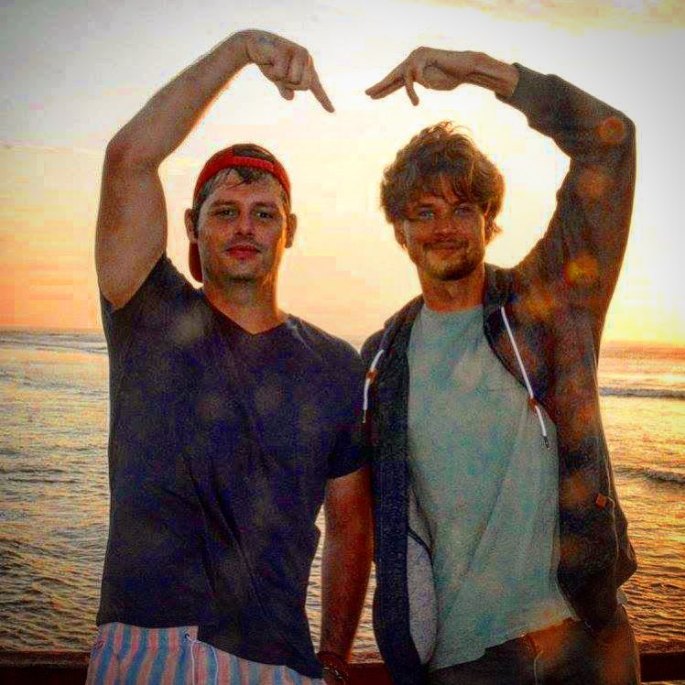 Burnzy: I don’t know how I’m going to use that.

Lutie: Oh yeah, no, use that, please. Okay Burnzy, stop.

Burnzy: Oh no we continue with this train of thought. Why did you want to come to Peru?

Lutie: The culture and soccer and Spanish.

Nicola: well you can have two out of three so stay. So you can have culture and Spanish. Soccer is not as intense.

Lutie: It’s not as intense but I packed up my whole life in South Africa for soccer and I could not find anything.

This got deep real quickly, from ‘baaah’ to me crying. blaaah.

Burnzy: Yeah, this is the end of this. You fucked this up.