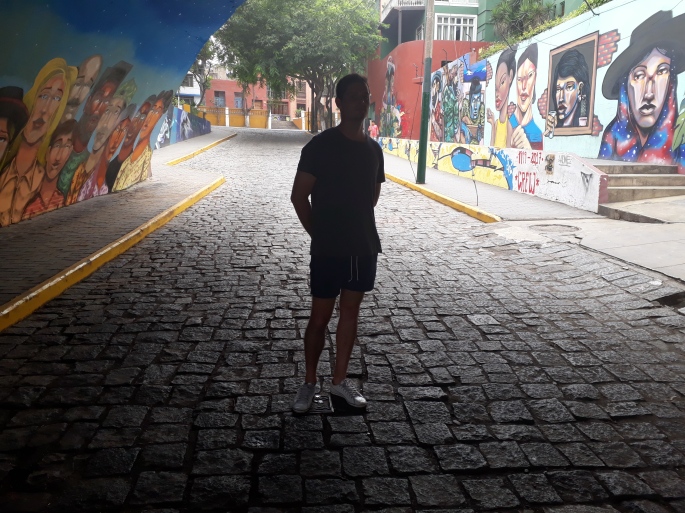 I made a rush decision to visit Lima for the weekend. Some say I am loco considering it is a 10 hour bus ride one way.

A chica might have been a reason for my decision. I don’t write that to embarrass her, she reads my blog posts occasionally, but to record my experiences in the hope of inspiration for myself and for you to live life a little crazy. She is moving to Cusco, the other side of the country, and I wanted to meet her. I wanted her to meet me.

And I had a fantastic time in Lima. I had only visited four months ago when I arrived in the country and I did not like it. The airport and its surroundings were intimidating to me, but yesterday I saw some amazing stuff.

I saw the ocean from a shopping mall on a clifftop, but it was so foggy I could only hear the waves from what appeared the edge of the world.

And then a local girl showed me the book market but there were hidden gems too; band T Shirts (including one from an old fav of mine, Stryper), rare toys from the early 90s, an old Playstation 1, Pokemon cards, figurines of the Terminator and Brandon Lee as the Crow. 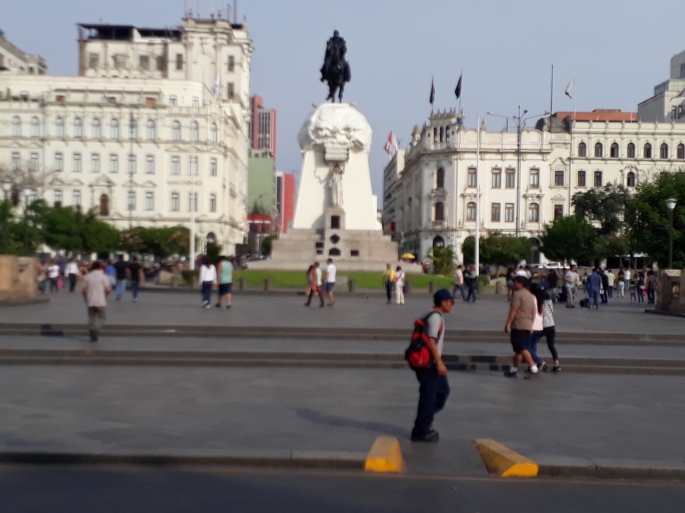 I bought some books in English (the first ones to hold in print form in months), including a book from the discoverer of Machu Pichu, a grade 1 spanish comprehension book, and a book about how to be a gentleman.

But it is a book in Spanish about Peruvian myths and legends that will be my pride of my depleted collection. I say depleted because my books have scattered since I have moved across the world. I will translate this book into English slowly in the hopes I learn Spanish faster.

We went to the movies and I was able to watch Pantera Negra (Black Panther) in English! I did not think I would be able to do this. The sister of the Black Panther made a joke which required English comprehension of double meanings, as jokes often do, and it was hilarious. But we were the only ones who laughed because nobody else got it.

Then we drank Chic Morada (purple corn) and I loved how sweet it tasted. And now I sit on a bus inspired, a lot more relaxed than I was on Friday but knowing I have a lot of prep work to do for school tomorrow.

*The title is a play on the Supertramp song Nothing But A Dreamer.

“Can I say something?

You can say anything you want boy.

If I could do anything.

If you can do anything, celebrate boy.”