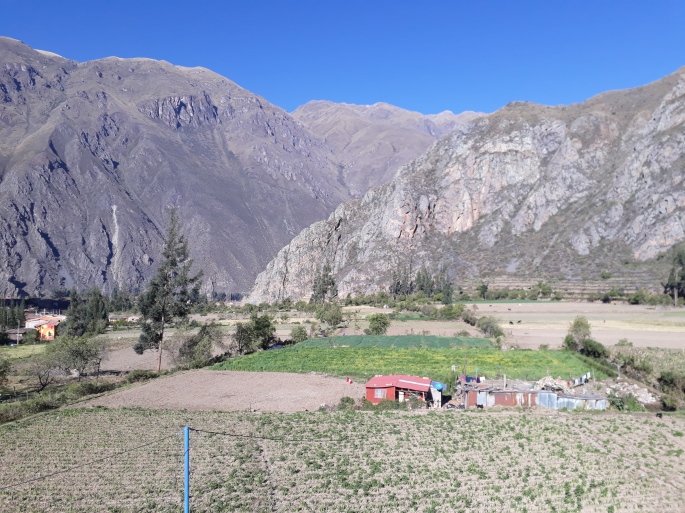 The taxi driver dropped me off in the main plaza of Ollantaytambo. I paid him the 15 soles and stepped out a little disorientated.

I sat with a broken backpack in the square surrounded by double story Mexican and Peruvian restaurants. All catered to the tourist. These would be expensive. As it turns out, they were.

I was dismayed to check my Google map to see that my hostel seemed to be distant from the town, and the complete opposite direction to the train station which I would need to arrive at the following day. I paid a Tuk Tuk driver 2 soles and he drove me along a country dirt road, across a winding stream. 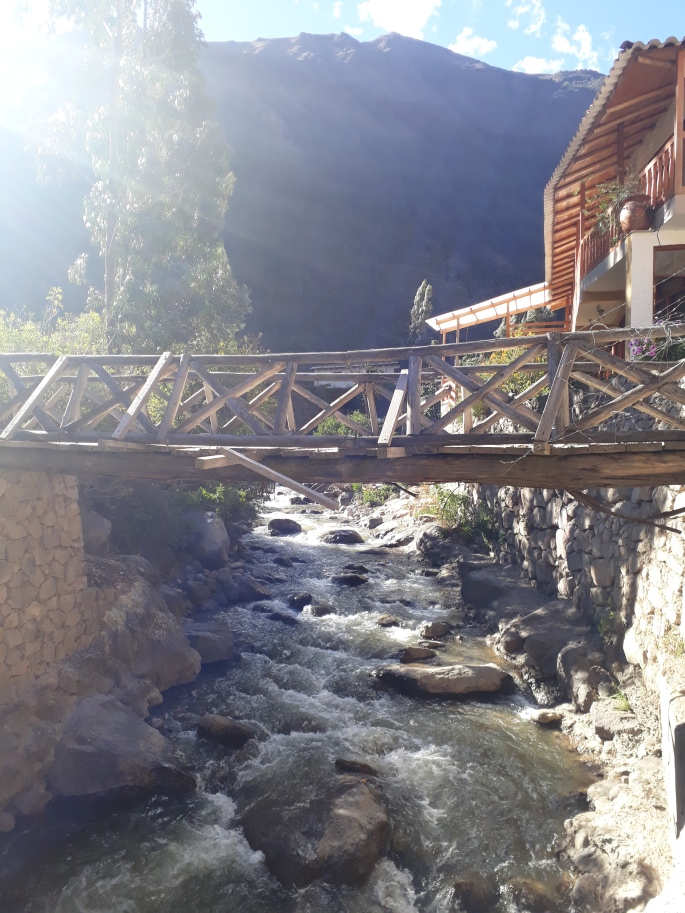 The hostel was a work in progress by a strange and abrupt Peruvian by the name of Carl. He was proud of his work and especially of the double story building where at the top we could have breakfast while gazing across the valley. The mountains loomed around us, and he pointed to some of the old brick buildings alone each of the slopes. These were Incan ruins.

The more I stared at the mountains the more Incan ruins I could see. They were everywhere. It was incredible the amount of influence the Inca emperors had over their people to bring the bricks up to those levels to construct their storehouses or fortresses.

I loved Ollantaytambo. It might be my favourite place in Peru. It was safe and I wandered to the town at night. It was a country town built into a grid system, with small canals winding along the cobbled roads. The bases of the houses were the ruins of the Incas. The local children played in the street laughing and at peace. At night after dinner I walked back to the hostel watching a local family or two practice their dancing in the middle of the street.

I wanted to see one of the ruins which I had paid a ticket to see, but I ran out of time. Instead I could see people climbing a steep track to the ruins. This was a free track and called the Pinkuylluna. It took at least 40 minutes of hard climbing and by the time I reached the top point of the path the sun was about to sink. The view of the hills and the town below was glorious. See it. 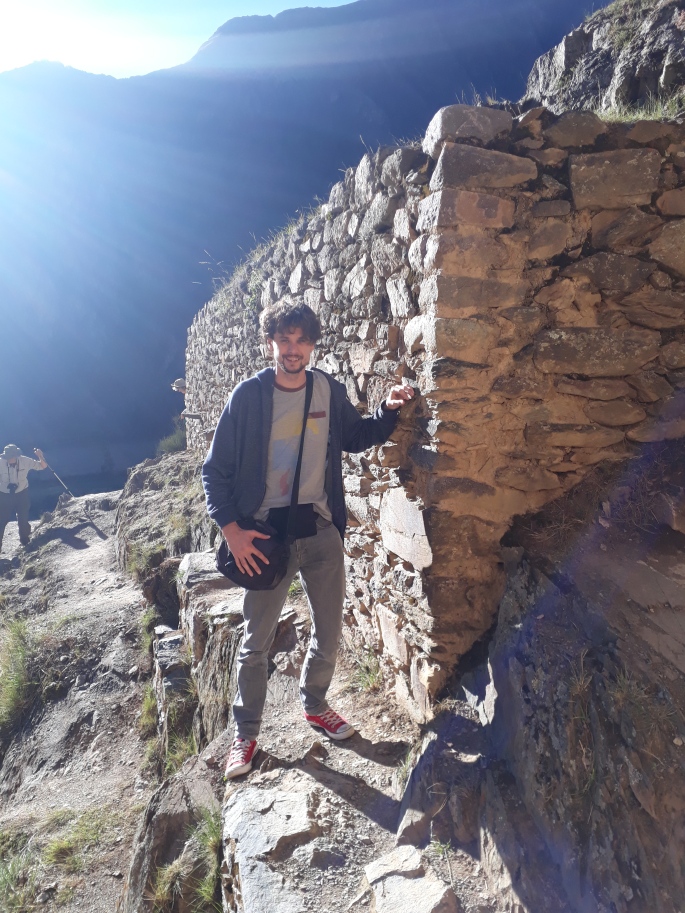 After dinner I arrived back at the hostel just as Carl was impatiently setting up his camera gear to take photos of the night sky. Mars was coming out over the mountains. He was enthusiastic about astronomy. Maybe too much so. He excitedly woke up one of his guests, a British school teacher, so she could see Mars for herself. I’m not trying to be funny when I say she was not amused. It was freezing up on the roof. I stayed as long as I could because it made a good story, but I was tired.

I shared a room with a Frenchman, who was nice enough, but understood more Spanish than English. It was a common language barrier I was having. He had bought a permit to Machu Picchu for the same day I had, but he was going to take a bus. He couldn’t afford the expensive train ticket.

I wondered if he made it in time.

After check-out I walked to the train station. The sky was clear, the creek was beautiful, and I felt free. I had a broken backpack with all my clothes in it, a depleted wallet, and my Converse sneakers. 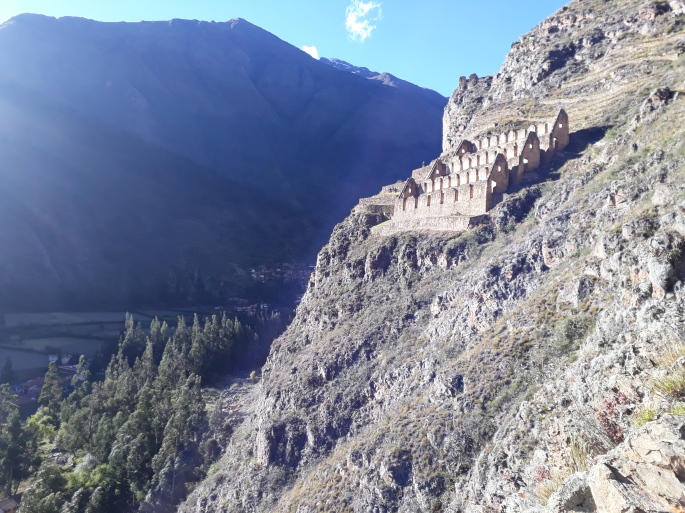 I passed a beautiful statue of a beautiful Indigenous woman, and I stopped to look at her. It was the wife of Manco Inca. She was brutalised and murdered by the greedy and lustful Pizarros, who were the brother-conquerors of Peru. This was the only grim moment in my beautiful time in a place of peace, because it reminded me that this place of peace wasn’t always so, and that horrible prices had been paid because of evil people.

I bought a sombrero at the train station, and got on the train for the next step in the journey to Machu Picchu.